So a new season has begun and today it was my first rally of 2015, the South East Bus Festival at Detling in Kent.

Given that its always been my intention to get DAF P337ROO to this event - I can run it in service and its carrying an advert for Yeldham Transport Collection's open day on 17th May (shameless plug!) - it took priority over the winter break. In fact this is attempt number two at getting this motor to Detling as despite being booked in last year, I wasn't able to get it taxed in time.

The previous overheating issue has now been resolved thanks to a brand new radiator, thermostat and fan drive belt.......and the electronic destination equipment has been upgraded from a Bright Tech system to Hanover along with additional side and rear displays. The former work was required as the original radiator was found to be two thirds blocked and the latter now means I have full control over the displays and can update them whenever I like via my laptop.

So, we were all set for a successful start to the new rally season........

Then, whilst on my way to Detling, an all too familiar issue appeared to raise its ugly head as I negotiated a roundabout............so I pulled into the first available bus stop and had a look underneath towards the back...........sure enough, Red fluid was running out onto the road. Just like sister 335 at North Weald two seasons back, we had a failed power steering pipe.

I knew from the previous experience that this was a straight tow back to base job as driving it with no fluid can damage the power steering pump beyond repair.

I'm almost fully trained now in the art of putting a bus on the back of a suspended tow!! 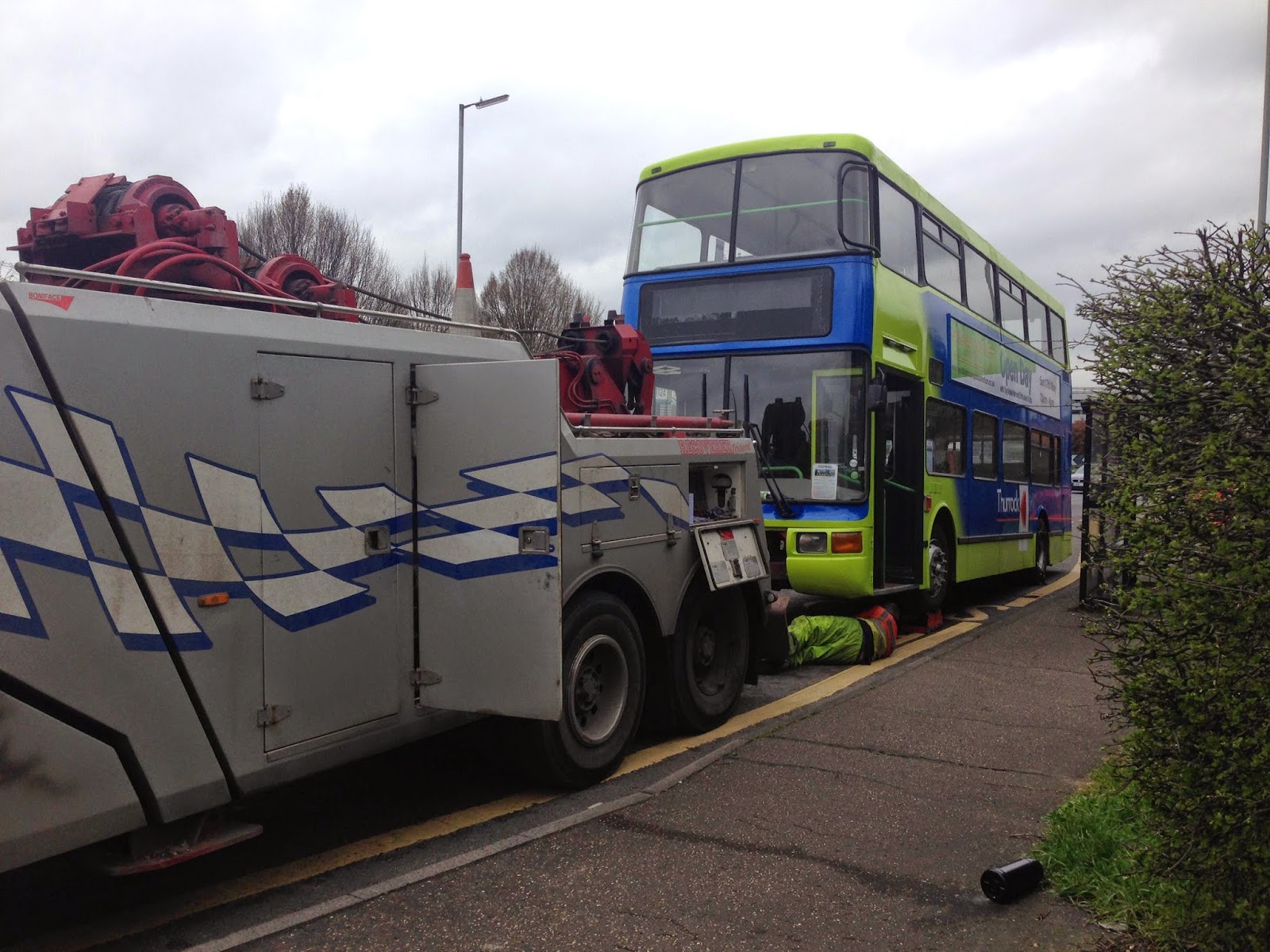