A combination of dire finances and unexpected alternator repairs on the coach made it quite a challenge to be able to attend any events. In the end I did manange to get the Olympian to my own Essex Bus Rally in July but had to resort to selling it soon after as my financial situation showed no signs of tangible improvement.

Originally I was going to sell the coach and get out of the preserved owner game altogether but lack of interest and a ridiculously low price from the scrapman has led to me re-evalauting things and the decision to keep it.

So with the Olympian gone (for further preservation in the North West) and an improving financial position as a result, I set about getting the coach fully repaired and MOT'd - the target being to get it to the last event of the season; the Castle Point Transport Museum's Canvey Bus Rally.

An MOT was successfully gained at the begining of September and with a month's window before the Canvey event, I thought I'd have a go at refreshing the external red area's and re-doing the fleetnames as the large one's on the side's were both peeling off and the front one was in lower case whereas originally it was all uppercase. This turned out to be a bad move as the new red paint just would not go on right - after five coats I had to throw in the towel and go with it as the rally date was getting to close for comfort.

The vinyl logo's don't quite match in terms of colour; this was the result of two different methods being applied to make them. This is something I may revisit next year, along with the dodgy red paint job.

Anyway, she was all set for Canvey and performed faultlessly all day. We did five or six round trips on the special shuttle service and although a coach rather than a bus (I'd previously been warned that "no one likes coaches"), she carried healthy loads and attracted positive comments. From my point of view, I'd never driven a coach with passengers on board before and immediately there was an obvious difference compared to driving a bus - the passengers are much closer to the driver on a coach.

So Canvey rally was a success from my point of view, and I particularly enjoyed how the coach cruised along the A130 and A12 - a much more pleasent driving experience compared to a bus!

Then 15 minutes from the storage barn I got a low suspension warning on the dash along with an audible alarm. I duly pulled over in a safe place to check and sure enough the front suspension had dropped. Then the air system dropped to just under 4 bar causing the safety brake to apply - this could not be released with the air so low.

To cut a long story short, I called for assistance via the breakdown policy we preserved owners have on our insurance policies and after a five hour wait the coach was eventually moved to its storage barn.

The actual fault is suspected to be a cracked pipe somewhere near the compressor.

So it was a cracking end to a poor season. I'm pleased that the 2018 season is now over - hopefully the 2019 season will go a lot more smoothly!

In the mean time here's some images from Canvey rally, when all was well: 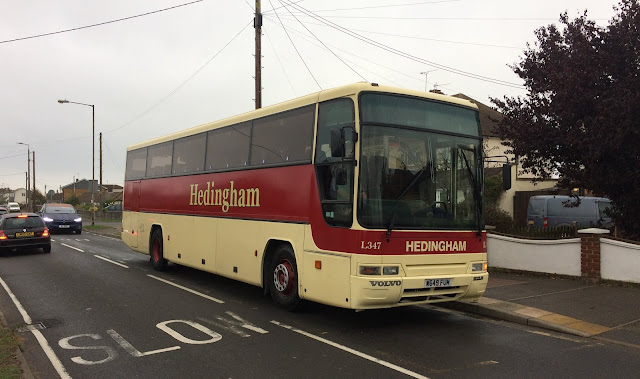 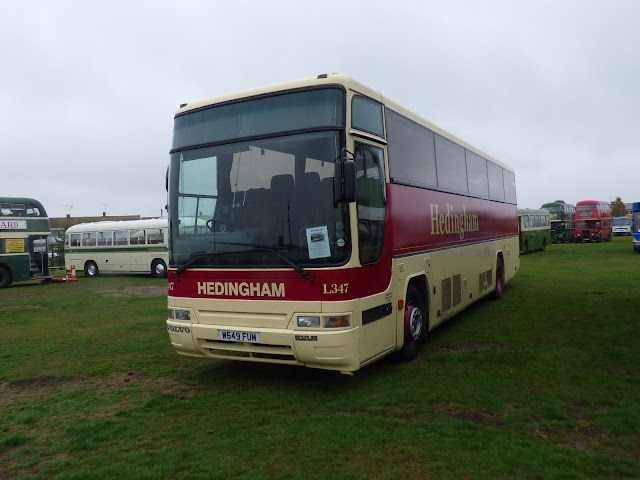 Posted by Colin Thorne at 16:49 No comments: