Today was the Clacton bus rally, held as ever in the car park at the Factory Outlet shopping centre.

The plan was to take DAF P337ROO but upon preparing her to go I noticed that the air wasn't unloading as it should when it reaches maximum pressure - and after dumping some air via the footbrake it was also failing to build air. Now I've been here before with sister 335, and I'm 99% certain the air dryer pack is at fault - I await professional advice but it did mean 337's attendance at the rally was canceled.

Volvo D302PEV is booked to attend the next 4 events (North weald, Bus Coach Preservation magazine show, Alton and Showbus), mainly cos its just been repainted and I want to show it off at the bigger events, so I certainly wasn't planning to take her to Clacton as well, but hey ho.

The day itself went well with good weather and plenty of socialising with other preservationists. I went with other owners from Yeldham Transport Museum and so we arrived and departed in convoy - something that always generates a few funny looks from other road users and people on foot, but is none the less quite fun to be a part of. Not only that but it does provide instant help if there should be any mechanical issues.......as you'll see in a minute.......

As always, 302 was put forward for service and did one return trip to the town centre (via the railway station). We came close to wishing 337 had made it but got everyone on with two seats to spare! I had Heart playing on the radio just as Harris Bus used to do when they operated it in service; I don't think the music on offer was to everyone's taste but I'm quite certain it was the only vehicle in service to offer such entertainment!

Being as I was part of a group, we shared the service work by driving each others vehicles, so I didn't actually drive on 302's trip (I drove part trips on D261FUL and KPJ264W) - doing this gave each of us the opportunity to be passengers on our own vehicles, which is something we rarely get do as only PCV licenced drivers can drive buses in passenger service with more than 8 passengers on board. 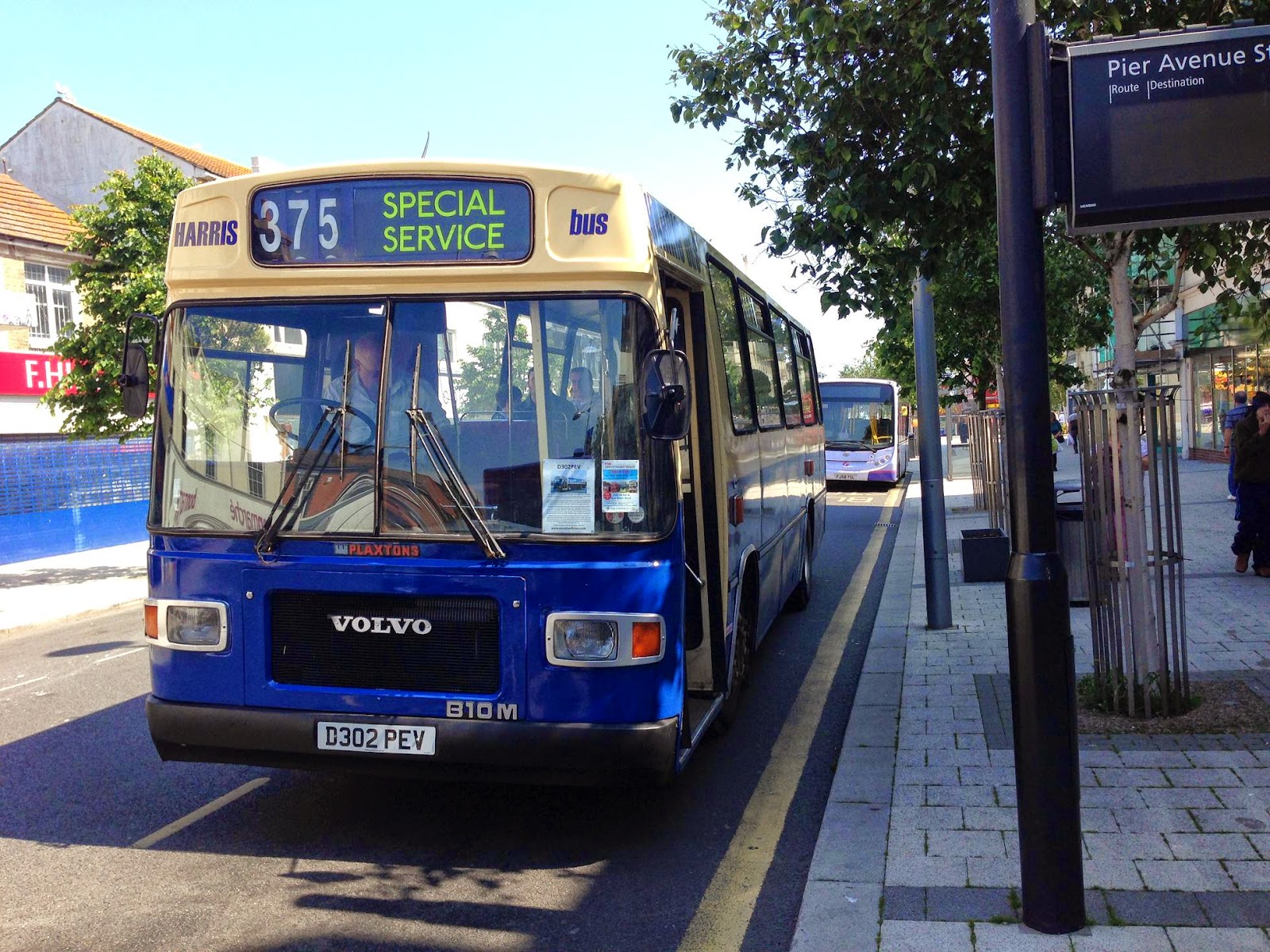 Now I mentioned mechanical issues earlier; thankfully it wasn't me but another owner in our group.....

We were positioning our vehicles to take a group photo when I noticed a rather large split in the side wall of a front tyre - the consensus was that cords were showing and it was therefore too dangerous to drive on. None of us were carrying spare wheels but thankfully a member of the rally organising group (our near neighbours at Colne Estuary Preservation Group) were able to lend us a spare wheel (a gesture which was very much appreciated). All we then had to do was jack the bus up..........but none of us had a jack......

It's safe to say we've learned a lesson today and we'll all now make sure we're carrying spares and tools - and if we're traveling as a group in convoy we should be well enough equipped to deal with pretty much anything that's thrown at us!!

Posted by Colin Thorne at 16:37 No comments: