As mentioned in my last post, 335 was damaged in a slow speed collision at the place where she's stored - the incident occurred on Sunday 11th May and affected the nearside front corner & windscreen.

It was already off the road for 2014 pending a decision on its future - radiator still leaks plus the gearbox has a mind of its own and the diff whines. Having already sunk the best part of £4,000 into it trying to rectify one mechanical defect after another, I'd been pondering whether to carry on or use it for spares for 337 and then scrap it.

No decision had been made when the accident occurred - not my fault by the way.......335 was parked in her space at the time - so the person who did it has agreed to pay for it to be repaired.

There's some images of the damage on the website HERE.
Posted by Colin Thorne at 16:41 No comments:

Today it was the Yeldham Transport Museum open day - all 4 of my vehicles were in attendance, with P337ROO operating in passenger service.

On the whole it was an enjoyable day with glorious sunshine all day long.

As stated above, 337 was made available for passenger service and thus operated two trips; one to Halstead and the other to Braintree rail station. She performed faultlessly throughout despite the high temperatures - I finally have a reliable double decker!

Mind you, the original and constantly unreliable double decker, sister 335, has been involved in an incident at its storage location and will now be off the road long term as a result - more on that in my next update.

Back to the subject at hand........below is a picture of 337 at Braintree station - the "blind" does work and was showing "Braintree rail station X1" but of course a combination of bright sunlight and LED's flickering mean the camera didn't pick that up: 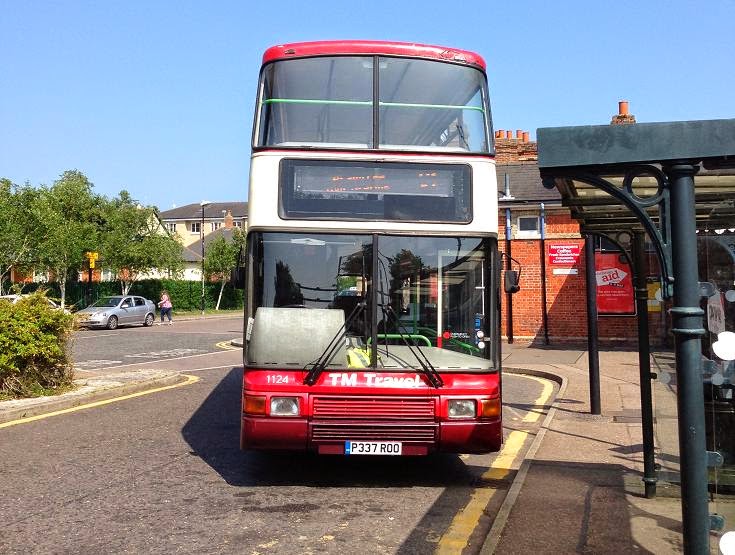 Posted by Colin Thorne at 16:48 No comments:

Well its all happening at the moment!

Today was the Harlow running day; an event I was particularly looking forward to given Dart J317XVX's association with Harlow based County Bus & Coach Co.

Unfourtunately visitor attendance, and thus passenger numbers, were low but 317 appeared to be well received. We did a feeder service from Great Yeldham (route 320) via, Finchingfield, Great Bardfield, Great Dunmow, Takeley, Hatfield Heath, and Sheering...........we picked up errrrr nobody!

After a short break we did a round trip on route 809 to Churchgate Street via Old Harlow. This turned out to be our busiest trip with 10 passengers plus another two that we picked up in Old Harlow on the way back to the bus station. The 809 has some very tight turns and so I was glad I took the narrow Dart.

After another short break we did route 380 to Mark Hall North - again the narrow Dart came into its own what with the prolific car parking and the unwillingness of oncoming cars to give way. I expect that some roads don't have a Sunday bus service usually and so car drivers probably didn't expect us to be operating along their roads today. Passenger numbers on this trip were 5.

Following straight on from the 380 was a 389 trip to Potter Street. Compared to the other routes the 389 is relatively fast with no speed bumps or dodgy car parking to worry about. This was my favorite of the three routes! On the return journey we passed through the bus station and then onto Harlow Town station before returning back to the bus station. We took 4 passengers to Potter Street, lost one there to another service but gained an unsuspecting member of the public; we lost all 4 on passing through the bus station and thus carried fresh air to and from the town station.

We then did another trip on route 380 to Mark Hall North, initially departing the bus station with 5 passengers but lost one on the outward journey. Car parking and cars in the opposite direction forcing their way through were particularly bad on the return journey.

Finally we had the return feeder service, route 320, back to Yeldham. Now having brought nobody in, I expected nobody going back. Wrong!! A couple asked if I'd drop off on line of route........well yes, obviously thinks I.......so I ask where they're going to thinking they'd say somewhere like First Avenue or Old Harlow..........Dunmow came the reply! I don't know how they got to Harlow in the first place, but I duly obliged and they were our only two passengers.

Despite the low passenger numbers, I enjoyed the day and I look forward to it hopefully happening again next year. Below is an image at Mark Hall North on our second trip: 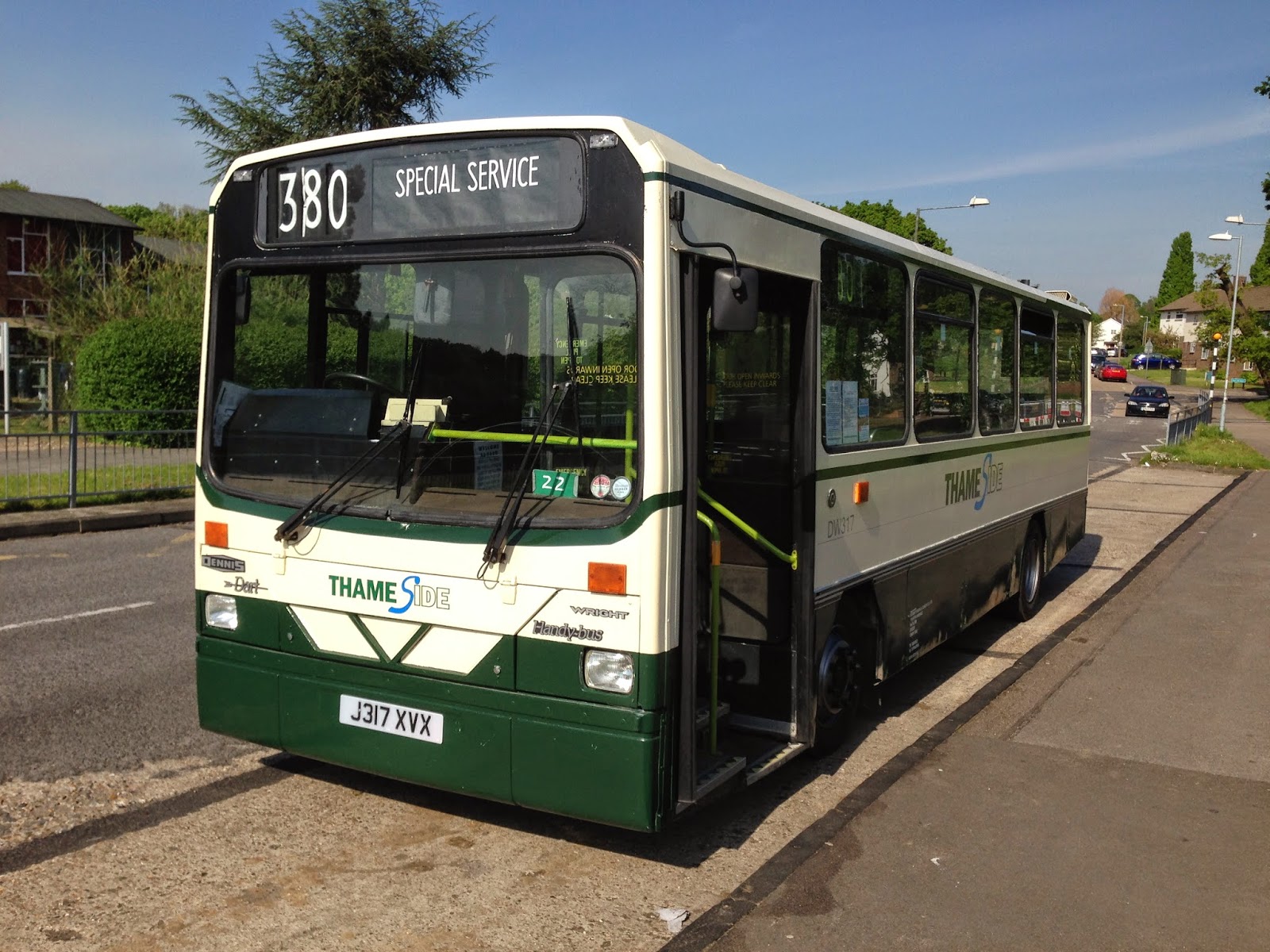 In other news, as per the title of this post, Volvo D302PEV has finally got its repaint completed. I'll let these two images do the talking: 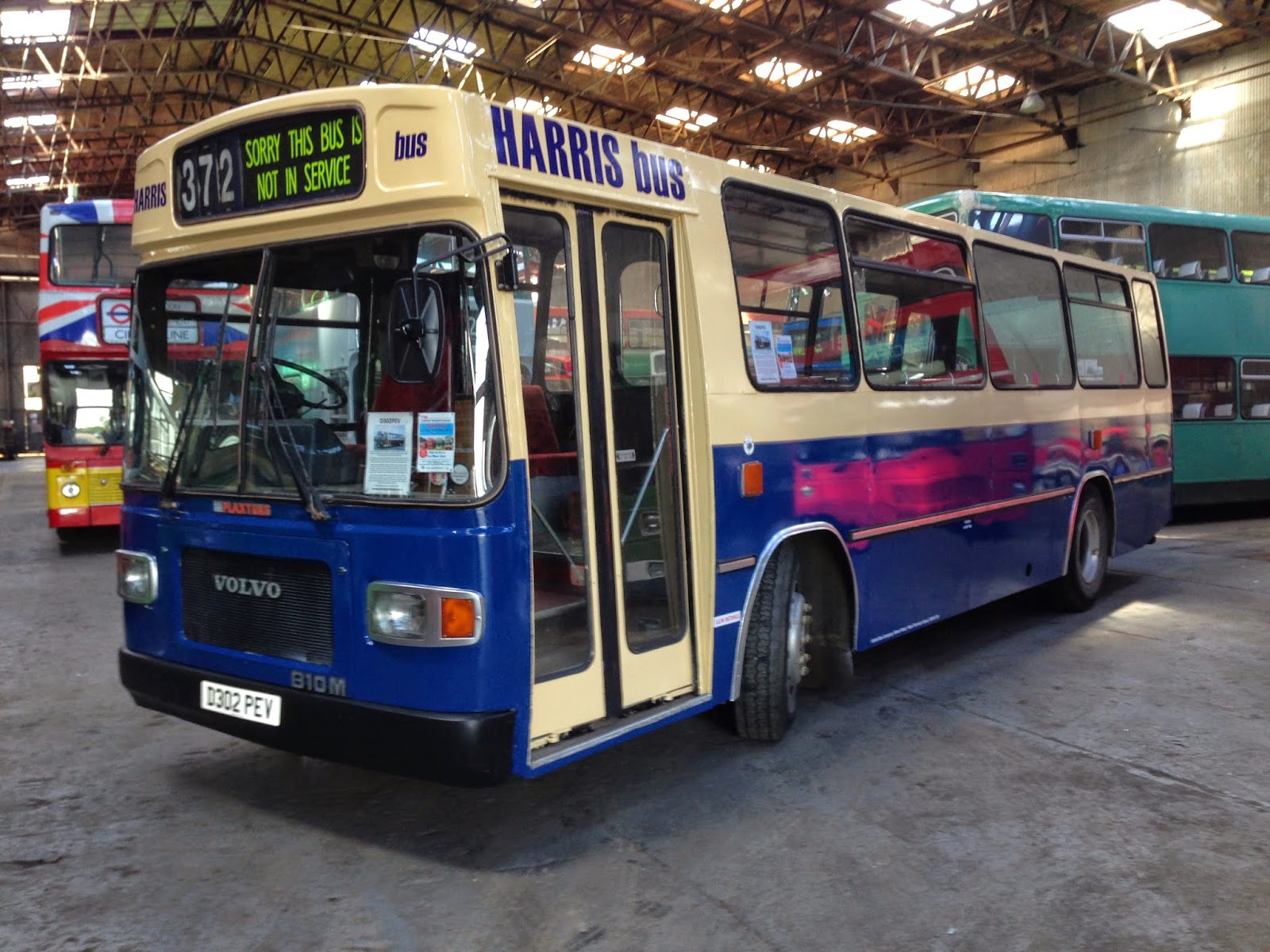 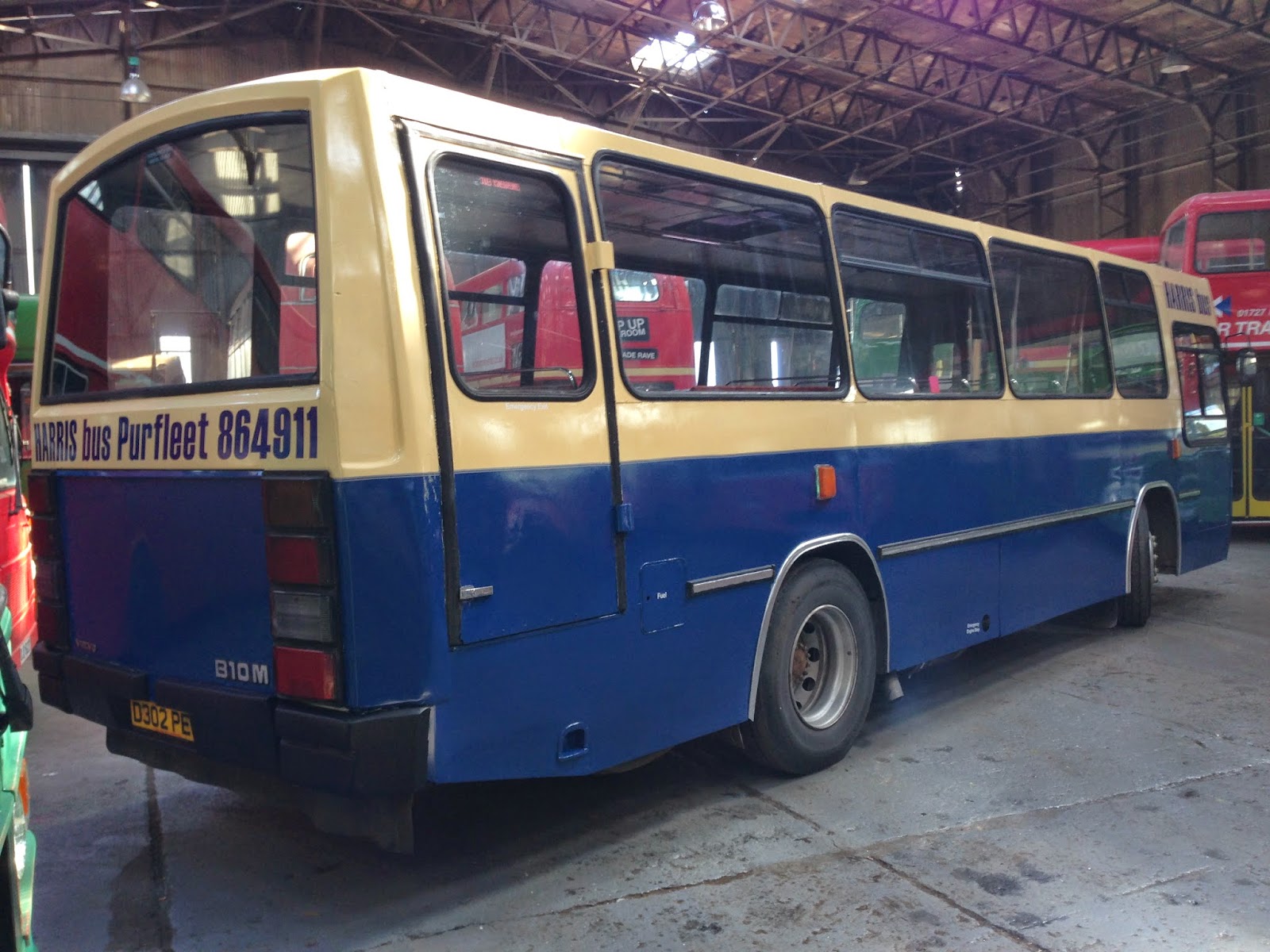 Posted by Colin Thorne at 16:28 No comments: