Dart J317XVX was featured in Bus & Coach Preservation magazine's October 2014 edition. This came about through somebody else at my storage location already setting up an article for their vehicle with the magazine.

Initially though, the feature was going to be about Volvo D302PEV but upon finding out that P337ROO's repaint was imminent and spotting 317 in the shed, Nick Larkin (who'd come to do a photo shoot and interview) decided to switch the plan and hold back on the Volvo so that a full Harris feature could be done with two vehicles.

The Dart was duly posed in several locations in North Essex though the weather was unhelpful - bright sunlight made it difficult to get any decent shots of the cream coloured Dart. Its not often us Brits moan about too much sun! Although the bus was the subject of all the attention, I certainly feel I know what models go through now as they pose in various ways trying to satisfy their photographers needs!

With 337 now ready, the photoshoot and interview for 302 & 337 was completed a couple of days ago - somewhat rushed as Nick had been let down by another vehicle and had space to fill in the November 2014 issue. We posed the vehicles in a North Essex village which is normally as a quiet as a church mouse......and just as we started it became the busiest area in the UK.

Eventually though we got the shots Nick wanted and having seen a rough outline of the article, I look forward to the magazine hitting the shelves.
Posted by Colin Thorne at 05:00 No comments:

After being let down by three different graphics companies, I finally found one willing to take on the challenge of doing the dots for 337. Viscount International of Woodford, East London, came highly recommended by several other preservationists and they weren't wrong - theses guy's really are the bee's knee's.

It took several weeks to finally arrive at a design I was happy with (I was never truly happy with version carried by 335 and vowed to better replicate the Harris Bus fade on 337) - as you can see from the sneaky peak images below, I reckon we've nailed it this time. 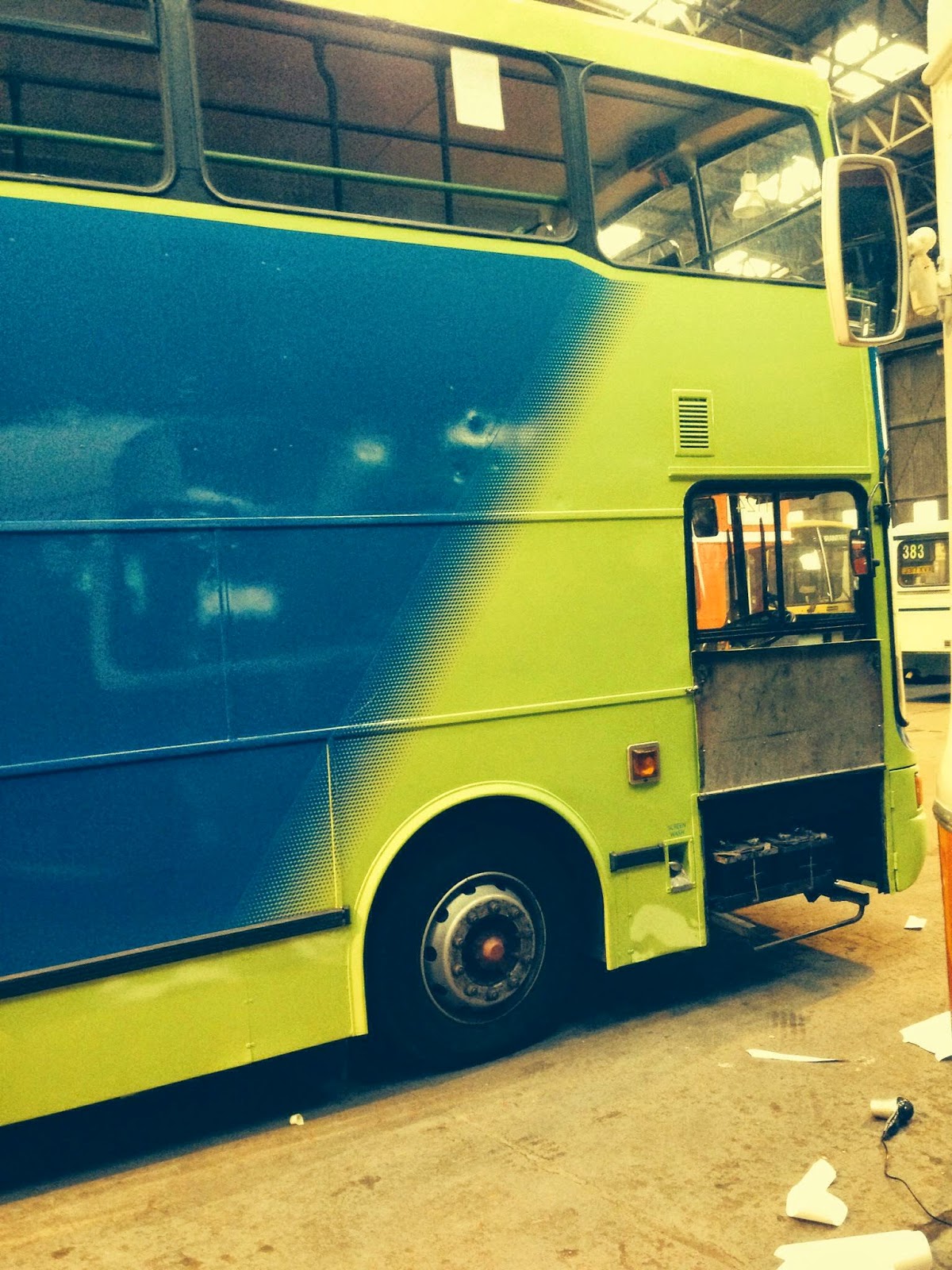 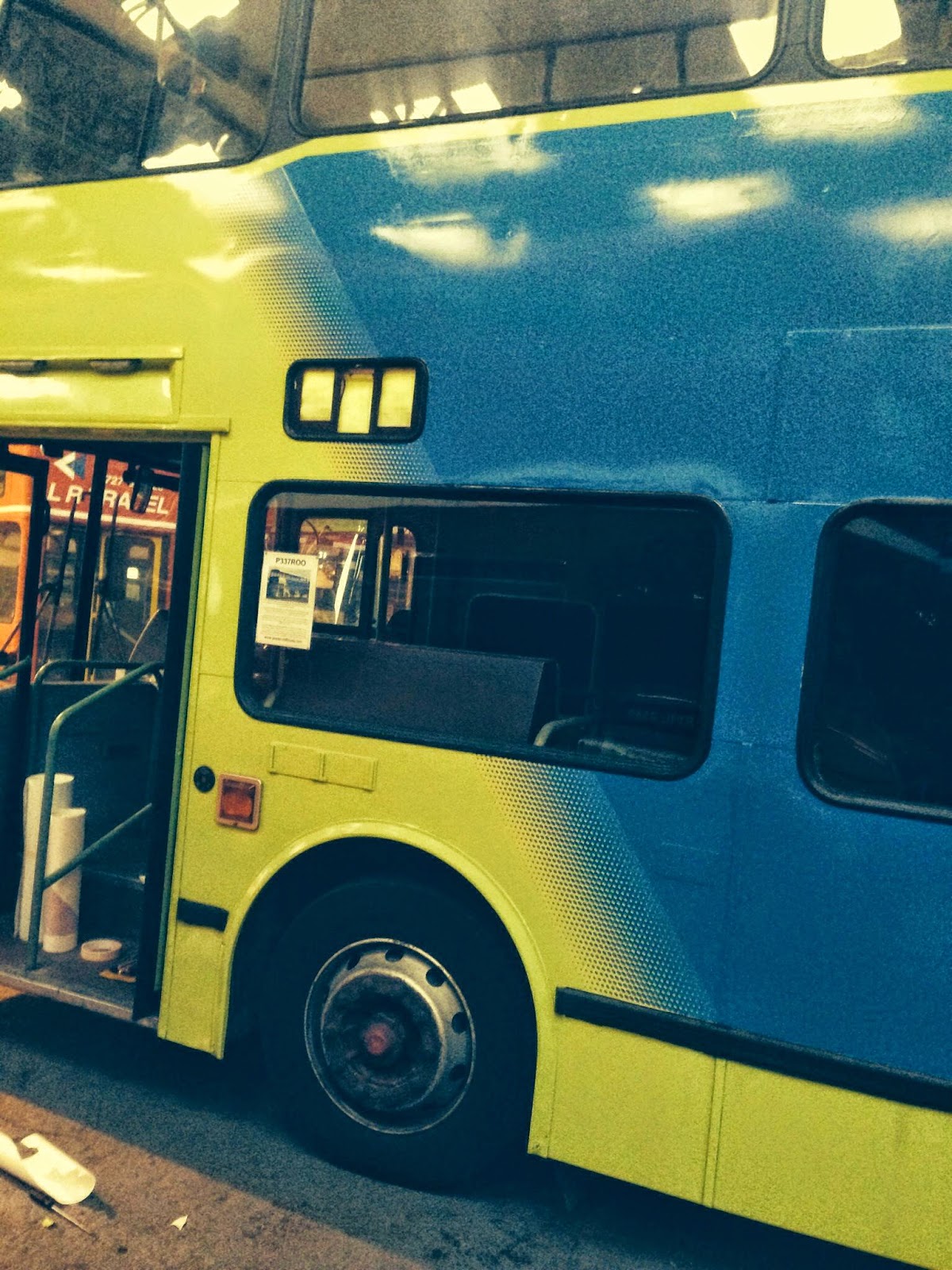 Posted by Colin Thorne at 18:29 No comments: