It was the London Bus Museum's event yesterday, more famously known as "Cobham" and is held at the world famous Brooklands site in Surrey.

The entrance to the site was poorly signed and as such I got told off for the second year running for appearing at the wrong entrance...........please please please if the organisers see this can they take note that clearly signing the route in for visiting buses would be useful and appreciated by those of us not familiar with the Brooklands site!

The rally itself wasn't as good as previous years - the number of visiting buses were notably less that recent years - it is a shame but even I am considering giving it a miss next year.

In other news 337 was put in for her MOT today and I'm pleased to say she sailed through with no advisories. Thankfully the whole thing was completely uneventful and we didn't suffer any of the shenanigans that occurred at 335's MOT last year. Talking of 335, it's likely the MOT will be allowed to lapse as I'm considering replacing it with something else that'll hopefully compliment my current fleet and prove to be more reliable.........more news when I have it!!.......
Posted by Colin Thorne at 14:16 No comments:

Today was the first event of the 2014 season, the South East Bus Festival; a bus rally added on to the Heritage Transport show.

The event is held at The Kent Showground in Detling, near Maidstone and this year attracted around 125 buses and coaches - up from 95 last year.

I had originally planned to take the newest acquisition, 337, but due to issues with the DVLA I wasn't able to tax it in time so I took 302 instead.

Having offered to run in service, I was asked to operate two trips on the offsite shuttle bus linking with Arriva services towards Maidstone - the Kent Showground is on the A249 dual carriageway and so the shuttle service provides a safer option than crossing the road on foot.

On both runs we had around 9 passengers each way on each trip - here's an image of 302 waiting in the layby on the A249 for the Arriva bus to show up: 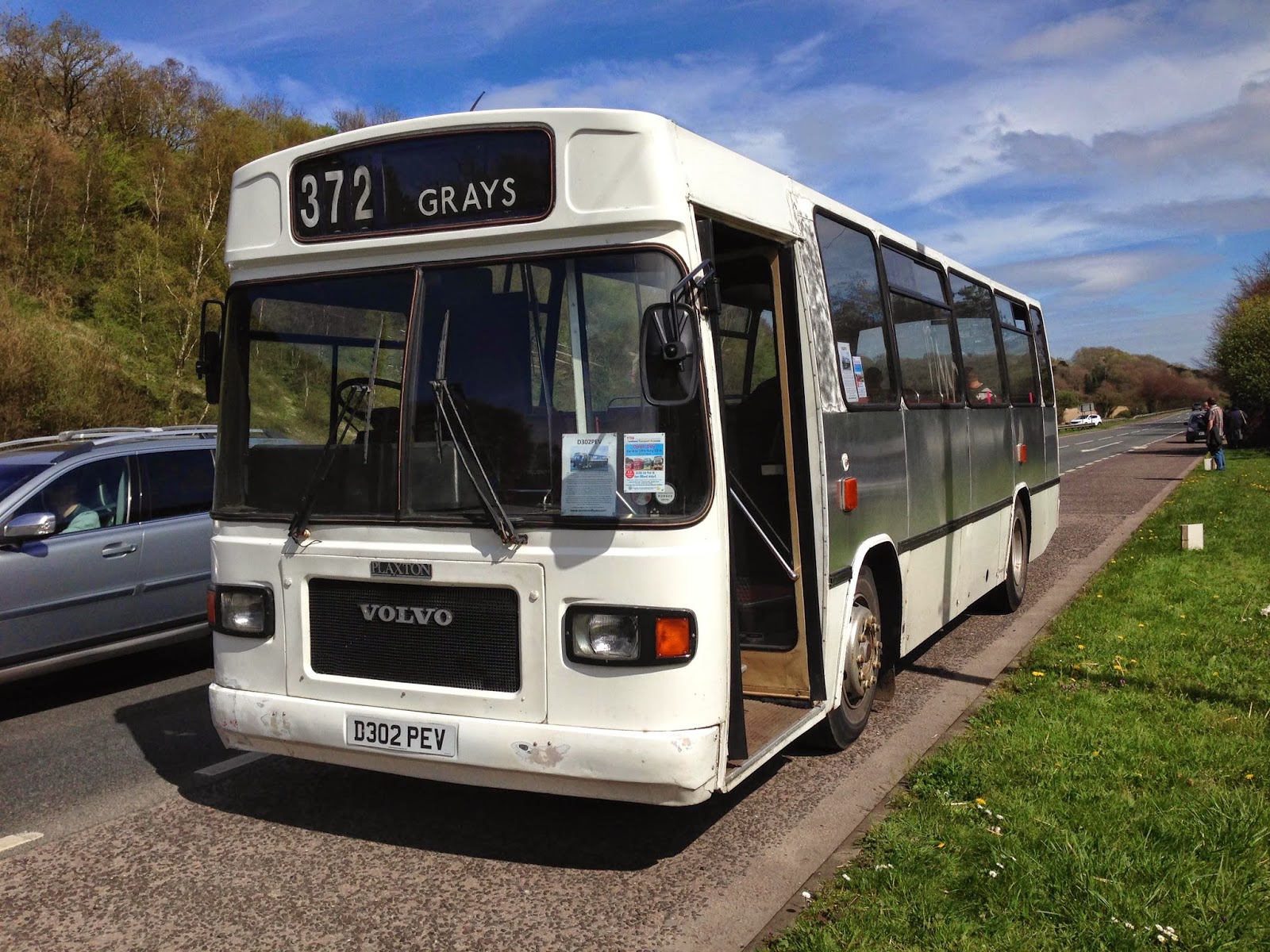 Posted by Colin Thorne at 15:33 No comments: