I'll have to come with something for next year now!!!

The first one I did in 2012 was relatively successful given the remote location; last year was so so with just 16 vehicles. In 2014 the event attracted just 10 vehicles.

It coincided with the much larger Alton rally, which although in Hampshire, certainly attracted many of the local vehicles that would have otherwise come to Colne Valley. As is becoming the theme with me, owners have got to support events or they won't happen in the future - no events = no point preserving buses!

Now I'm as guilty as others I suppose, because I was actually booked into Alton with 302. I have had a long term issue with 302's front suspension (piston leak) and I've been advised not do long journey's till its fixed. As I wasn't able to fix it in time, I decided to take advantage of Colne Valley's proximity to my storage location and take two vehicles.

As you'll see below, although 337 is now repainted (just awaiting vinyls), but I want to hold off on her relaunch onto the preservation scene (planned to be showbus in September). There's nothing to stop 302 doing a local trip and 317 is available with no planned events for the rest of the year (acting as spare to the others) so I decided to take those two - and with them being parked next to each other I blinded them both for route 383 reflecting the period where they ran in competition with each other. 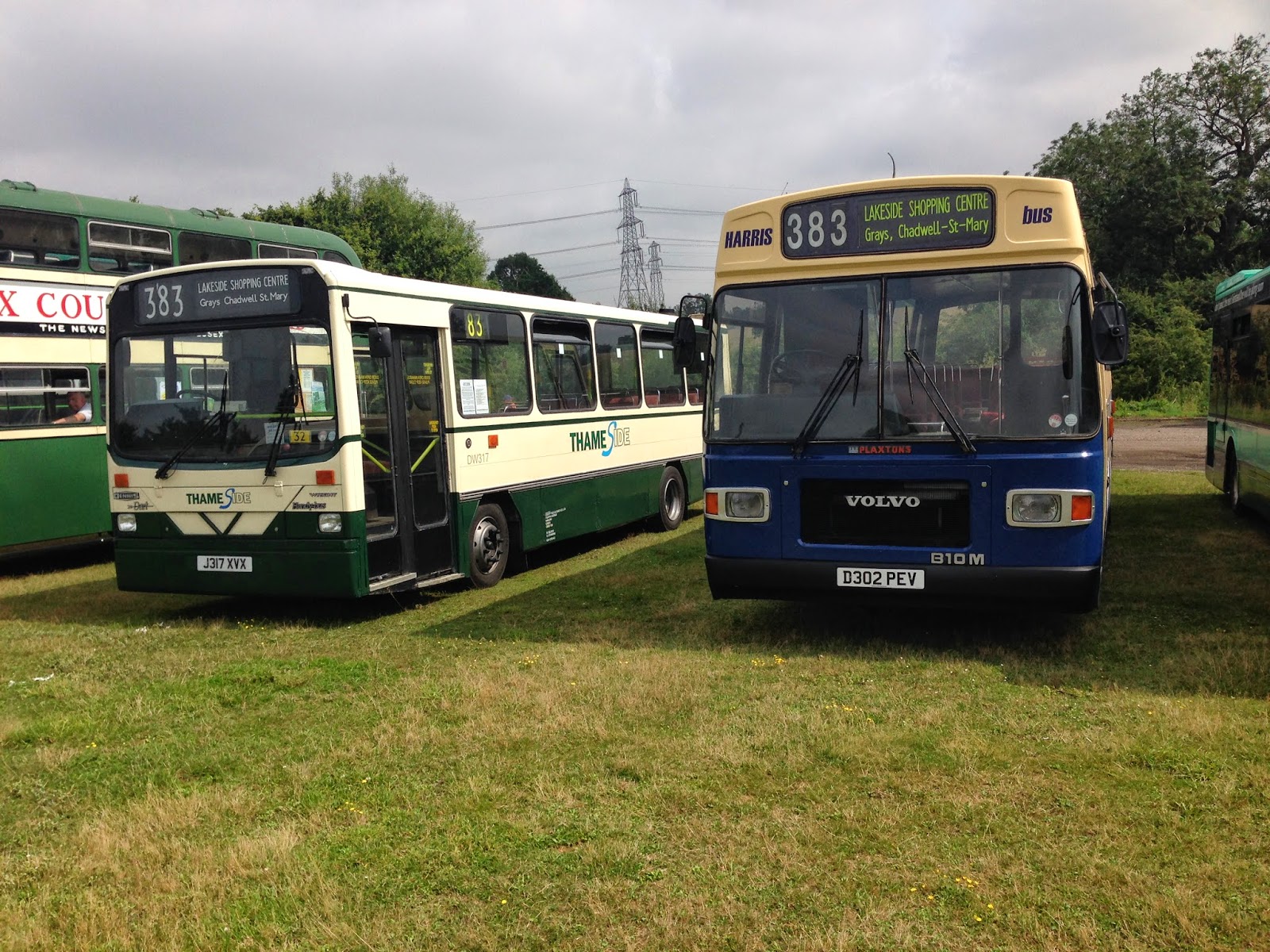 As mentioned above, 337's repaint is now complete - just the vinyls to go: 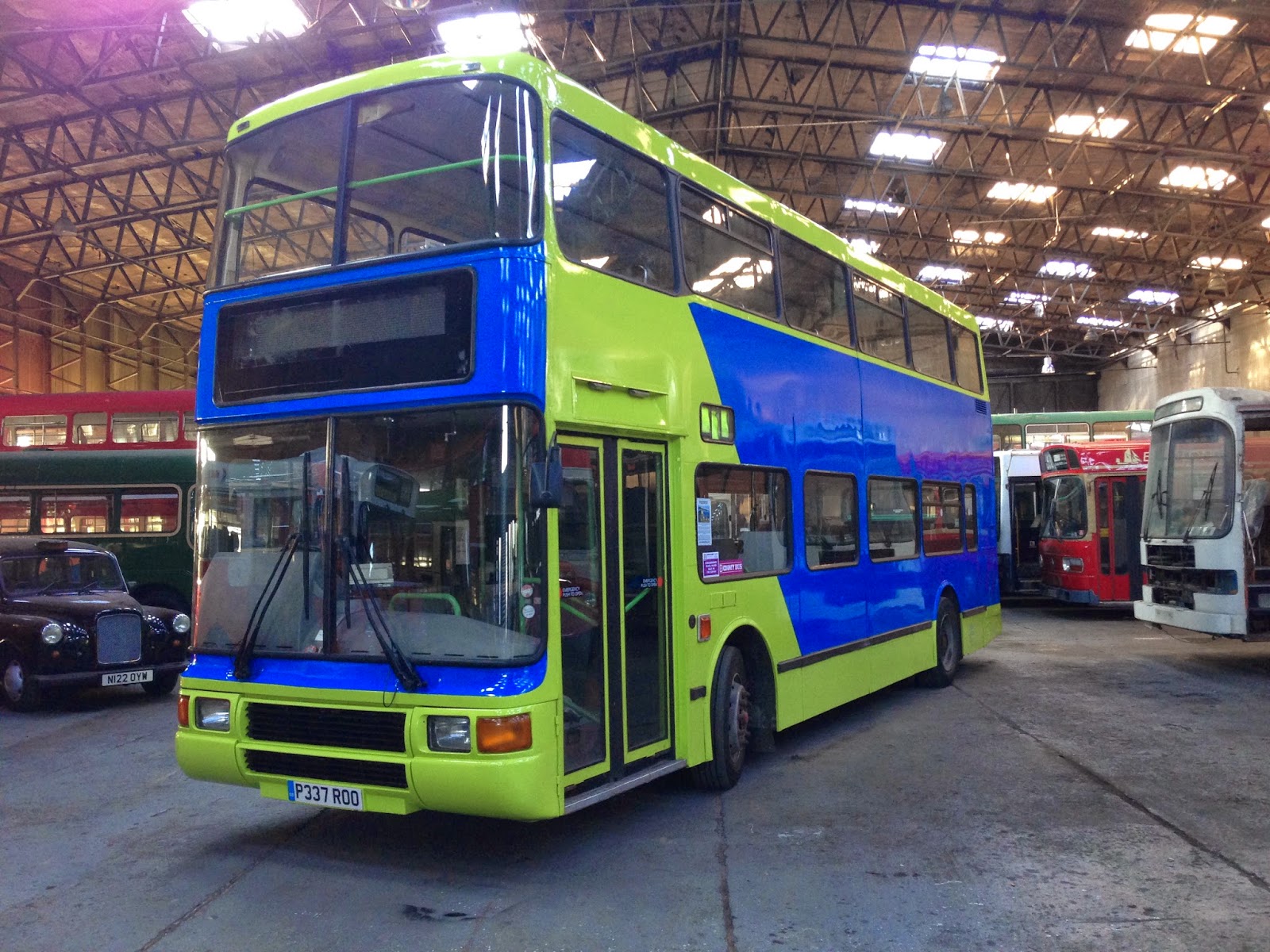 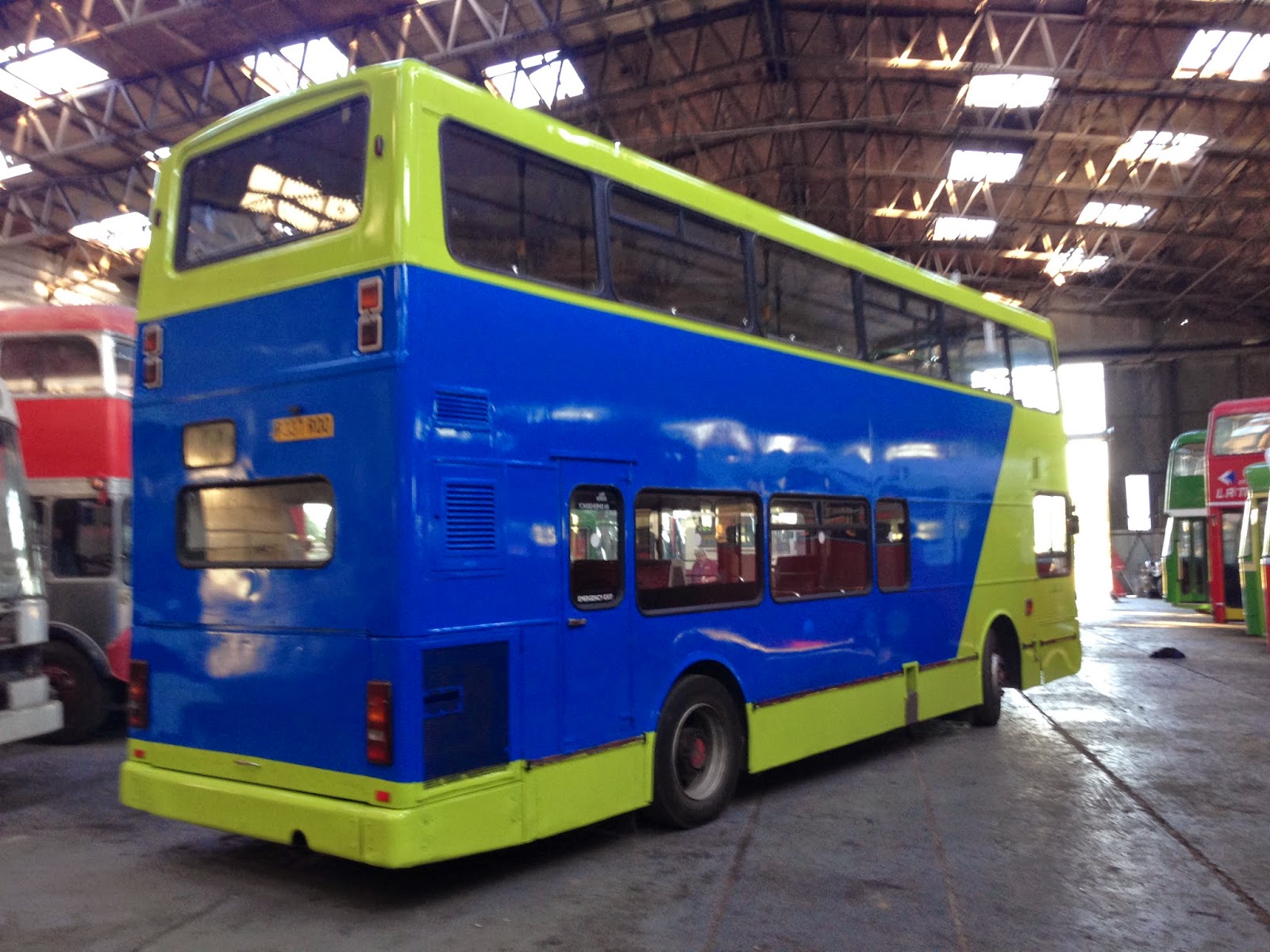 Posted by Colin Thorne at 14:49 No comments:

Well its all happening this month!

So yeah, sadly North Weald continues to suffer a poor reputation, and wasn't helped by certain persons at TfL taking advantage of the fact to stage a rival event in central London. Whilst I appreciate the apathy towards this event, I would plead with fellow preservationists to give North Weald a go in 2015; things are changing for the better. Or perhaps look at it this way: if less vehicles attend rallies, there'll be less and less rallies.........before you know it there won't be any point preserving a bus as there'll be nowhere to take it.

I did the Bus & Coach Preservation magazine show last year at Newbury, and you may remember from this blog that I was less than impressed and vowed not to bother again. What was that I said about supporting events?!! Well they moved it near to St Albans this year and so myself and a few fellow preservationists thought the move was a sensible one - close to an area full of preserved buses, it'll be a surefire winner right?

Nah. As I mentioned above, the event saw about 30 buses; what a shame given that it was organised by the national magazine that covers bus preservation. As I've said twice already, bus preservationists have got to support these events otherwise they will disappear off the rally calender and there'll nothing left to take buses to.

On a more positive note, Bus & Coach Preservation magazine approached our group and invited us to do some articles with them - for my part they were interested in Volvo D302PEV which I'd taken along.

Well they came to our storage facility a couple of days ago, and clocking the Dart they expressed an interest in doing an article on that too. Having spent a bit more time discussing my vehicles, and with the news that DAF 337 is about to be repainted, it was decided to drop the Volvo for now and just do the Dart instead. Volvo 302 and DAF 337 will be done together at a later date as part of a large article about Harris Bus. What with DAF 335 appearing in a Buses magazine article last year, I have to admit I quite proud to see all my buses getting their 15 minutes of fame!

We posed the Dart in several locations around a village in North Essex and so I'm now looking to seeing the finished article whenever it appears in the magazine.

Finally I've mentioned that DAF 337 is about to be repainted.......well it is currently fully sanded down and is just awaiting some of my free time to get the paint on. I'm intending to have the paint completed by the end of the month and the stickers done by mid August.........
Posted by Colin Thorne at 11:43 No comments: